One of the benefits of working in the North Carolina collection is the discovery of new imagery and information on Buncombe County and Western North Carolina.  Recently I’ve been scanning a large group of images of students who were in the Adult Education Program in the mid-1920’s.  But these aren’t typical students.  These photographs document individuals who persevered to learn to read and write, often at an advanced age, or with weighty family responsibilities.

Beginning in 1919, Elizabeth Morriss, a native of Alabama directed a program of adult education in Buncombe County.  The classes were called Night Schools and were also known as the Moon Light School program, yet based on the photographs numbers of these classes were also taught during the day.   They operated in various school buildings throughout the county and at private residences.  By 1922, Elizabeth Morriss had four assistants including Ethel Ray, Eva Edgerton, Maud Worley and Della Day.  In 1930 Elizabeth Morriss resigned and Della Day served as director until 1942.  By 1930 over 12,000 adults had been taught to read and write although approximately 3,000 to 4,000 individuals were still defined as illiterate.  Three years later the program was taken over by the Works Progress Administration.  Later adult education became part of the school system and Buncombe County who led the state in working with literacy was used as a model across the nation.   This group of photographs and newspaper articles is a documentation of Buncombe County during the mid-1920’s and will be important to genealogists who are researching Buncombe County family members.

It was difficult to choose just a few photographs from the hundreds taken by the teachers, but those that follow exhibit a strong sense of poignancy and are typical of the individuals who are clearly proud of their accomplishments. 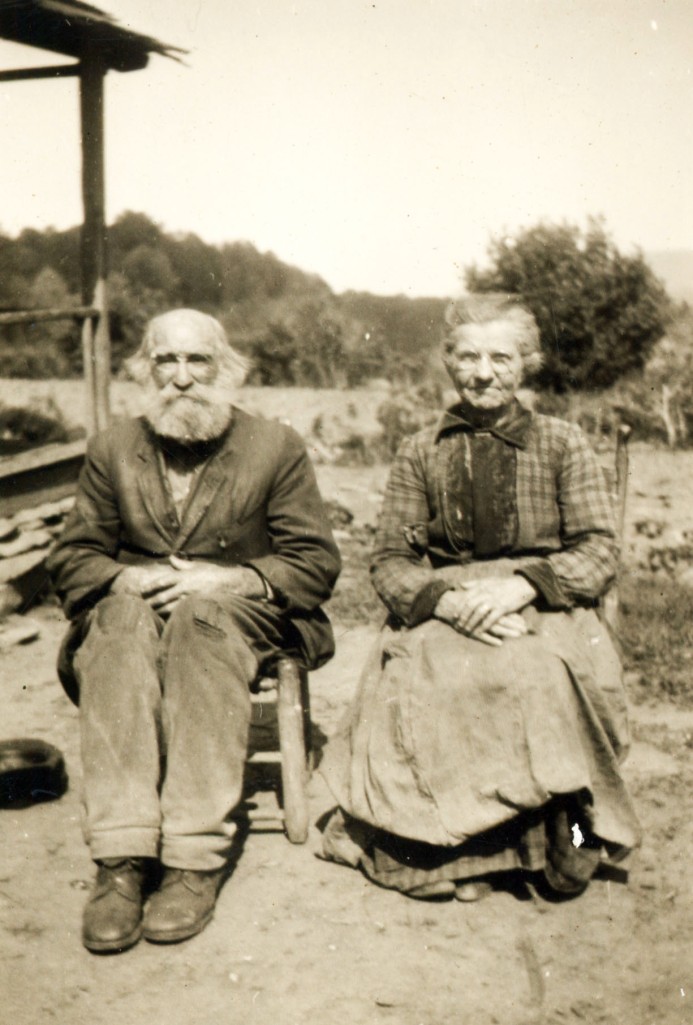 Obidiah Washington Surrett, 81  and his wife Julia, 71 of  Sandy Mush had fourteen children and sixty-two grandchildren when they learned to read and write.  They were featured in an article and photograph in the Asheville Sunday Citizen, September 16, 1923.

Mrs. McCurry, mother of eight and the photograph states “the youngest is held this way while she does her lessons.” Instructor Della Day stands behind her.

This collection was recently donated to the library by the Buncombe County Schools Administration.