A portrait like this one suggests a fascinating story, and in this case we were fortunate to receive the photograph from someone who could satisfy our curiosity about this family. The young woman on the left is Ella Mae Bowditch Waters, the oldest daughter of the couple in the photograph. This year Mrs. Waters turned 95 years old, but she still remembers her parents well and was able to tell me amazing stories about their lives. Her father Alfred Bowditch was born around 1878. He is shown proudly holding his youngest daughter Doris… and his gun. Mrs. Waters explained that her father delivered mail through the countryside around Burnsville, NC, and he needed the gun for his protection.

Flora Bowditch, Alfred’s second wife, married around the age of 15 and took on the care of her husband’s four children by his first marriage. She was only seven years older than her oldest stepdaughter. The five children born to Alfred and Flora were left to right: Ella Mae, Doris, Mary Pearl, George and Raymond. Census records confirm all the information that Mrs. Waters shared with me. 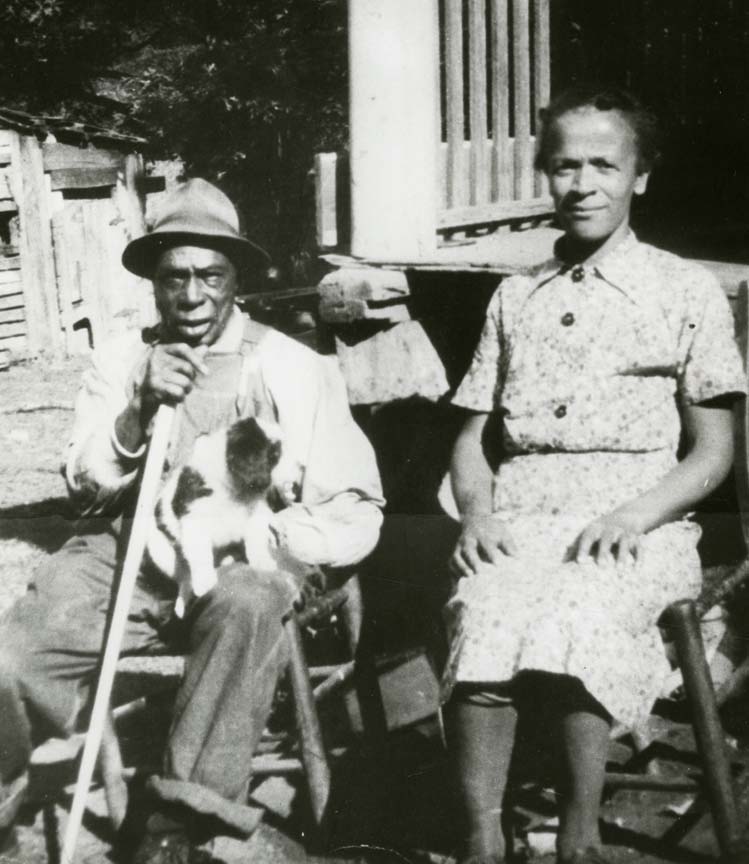 Alfred Bowditch was proud of the fact that he could support his large family and that his wife did not have to work outside the home. Mrs. Bowditch, who actually longed to get out into the world and earn a little money of her own, sometimes risked a beating from her husband by sneaking away to work in the kitchen of Burnsville’s famous Nu-Wray Inn. She was known to be one of the best biscuit makers in the county.

The enterprising Mr. Bowditch also shined shoes in downtown Burnsville. The family has proudly saved the business license he purchased in 1922. The $5.00 fee was the same as that charged a lawyer for a license to practice!

It is so important to ask family members to tell their stories. As we talked together, Mrs. Waters shared a piece of information that even her own daughter had never heard before. Mr. Bowditch needed that gun because he was expected to deal with any moonshining activity he might come across during his rural mail deliveries. That was a lot to ask of the mailman!