The story goes like this: The North Carolina Room’s very own Friends of the North Carolina Room board member, Jon Elliston, published an article Thursday January 15th on Carolina Public Press about a 1904 photograph album that was sent to the NC Room by a woman in Albany, New York. She had found the album in a box of Albany ephemera at a junk shop. The photos and the story had piqued Jon’s interest and he called the woman who had sent it to get her side of the story. Jon Elliston is the Investigations and Open Government Editor at Carolina Public Press, as well as an Asheville-based journalist and historian, and curator of @AVL1915, a Twitter experiment that documents century-old Asheville reportage with information drawn from the North Carolina Collection. His Twitter feed runs on our Blog page.

“At first, the notebook-sized cardboard box that arrived in the mail was inconspicuous. But when it was opened, at Pack Memorial Library’s North Carolina Collection, local librarians’ jaws started dropping.

Inside were the delicate, partly frayed pages of a photo album prepared in 1904, with a handwritten title: “Asheville: The Mountain City in the Land of the Sky, Illustrated.” The album contained 34 mostly crisp black and white pictures that were new to the library’s staff.”

Buncombe County Multimedia Specialist Cataldo Perrone saw Jon’s article and thought “it was fantastic.” He shared the article on Buncombe County’s Facebook page and, as he said, “It blew up.” It reached 2,177 people and got 54 shares and 69 likes in less than 24 hours. “That’s really good for a county Facebook post,” noted Perrone.

You can read the full version of Jon’s article on the Carolina Public Press site here:  Previously Unknown Photo Album of Asheville in 1904 Surfaces.

Then, within an hour of Jon’s story being published online, reporter John Le from WLOS News 13 called, also wanting to do a story on the photograph album. He and WLOS cameraman John Kirtley enjoyed looking over the photographs, filming and talking about them. 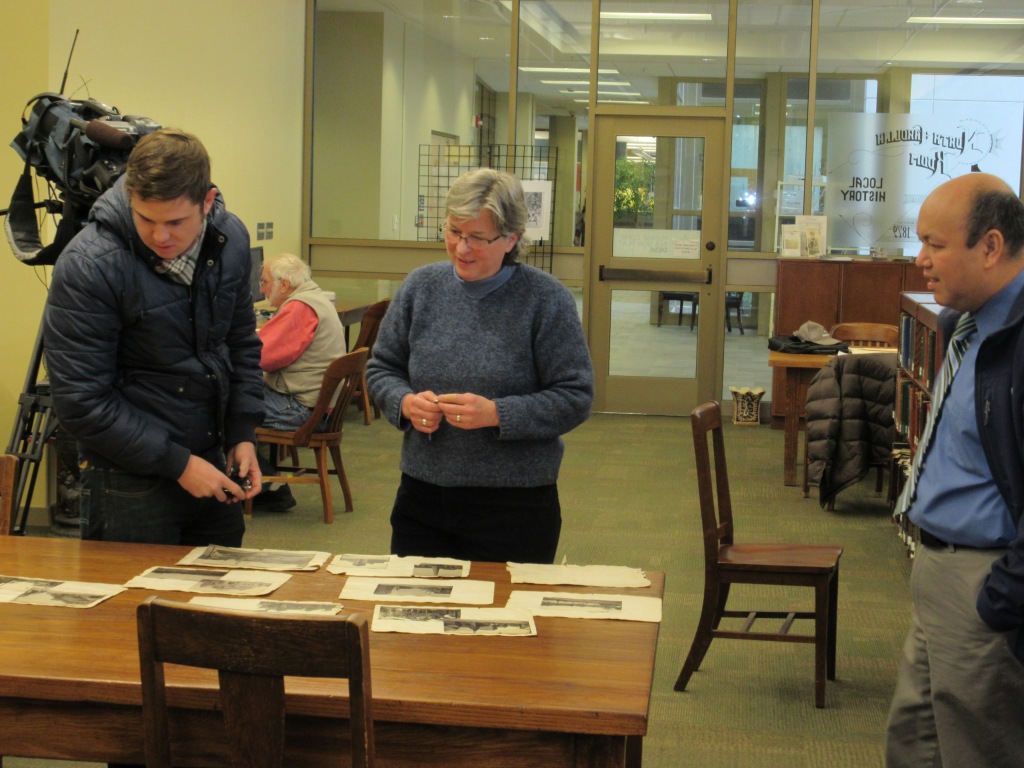 And after the filming was all over, it was time to let off a little stress. Librarian Zoe Rhine let the cameraman fish out his microphone cord from under her sweater. 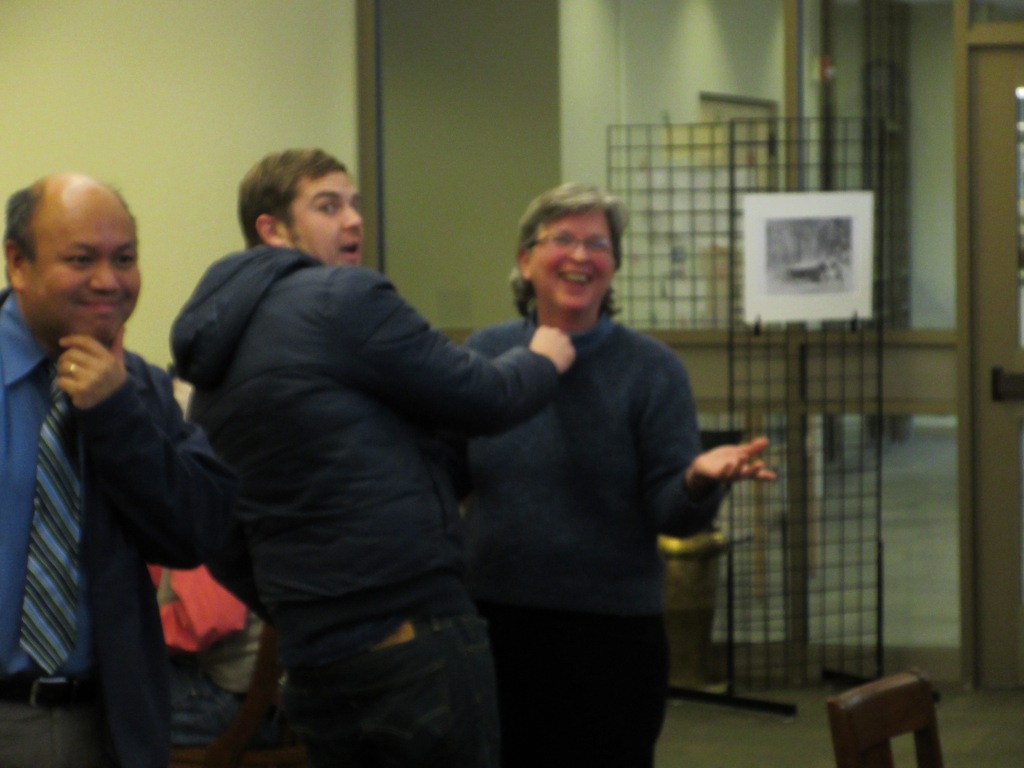