“Absolutely the Prettiest Sub-Division Yet Offered in or About the City of Asheville.”

The newspaper ads made it sound like a great deal—something you couldn’t afford to pass up.

The developers of Fenner Heights, a subdivision on the “gentle southeastern slope of Lookout Mountain,” boasted that “homeowners and investors have never had such an opportunity to buy valuable homesites before.”  The advertisements they ran in the Asheville Citizen and Asheville Gazette-News proudly announced that the auctions to be held in August and September 1915 would give the public a chance to purchase lots in “the most beautiful of all Asheville’s many beauty spots.”

Using the over-the-top, fearlessly exaggerated rhetoric that was typical of the era’s advertising, the Fenner Heights Development Company claimed that the new subdivision—once the summer home of a prominent New Orleans judge, Charles Erasmus Fenner, and his family—would become “the best place for HIGH CLASS HOMES not only in Asheville but in all this mountain country.”

Prospective buyers were invited to board the Grace streetcar and ride out Merrimon Avenue Extension to see the tract for themselves.  On auction days, the development company provided free transportation to the site.  A band played to keep people entertained while they toured the lots.

Now, one-hundred years later, the time is right to look back on the history of the neighborhood.  I’ve written this essay to wish Fenner Heights a belated Happy Hundredth Birthday and share what amounts to the first chapter in its long history.  To capture the flavor of the early 1900s, all the section headings in this essay are lines from the ads that ran in the Asheville Sunday Citizen on August 1 and 15 and the Asheville Gazette-News on August 11, 1915.

What emerges from this history is a story of land speculators and real estate booms, a tale flavored with tragedy, disappointment, and a little success.  As the narrative relates, the developers of Fenner Heights had poor timing and made questionable business decisions.  As a result, they never reaped the profits they hoped for.  Happily, the winners in this story are the successive generations of residents who’ve enjoyed living in this comfortable neighborhood with its wonderful natural environment.  Here’s how it all began. 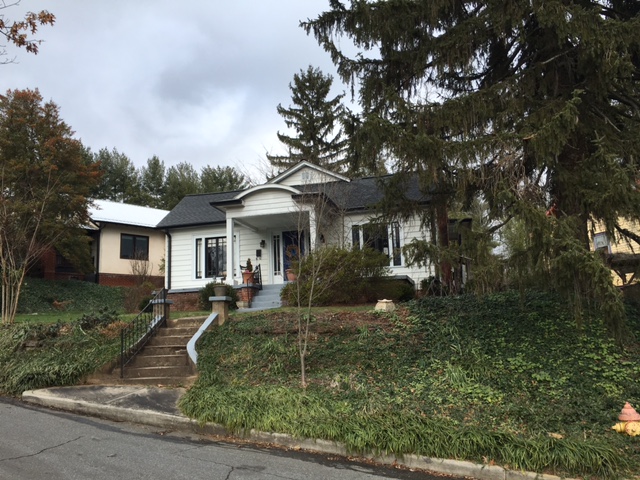 Click this link to see all three pages of the map:  Fenner Heights Original Plat The original plat of the subdivision in Buncombe County property records shows that Fenner Avenue and Lookout Drive, the two main thoroughfares, ran exactly where they do today as far up the slope as Roseland. At Roseland, Fenner continued along the side of the mountain following a curvier course than it does today.  Lookout snaked its way all the way to the top, taking a winding route with two sharp switchbacks that made it longer but less steep than present-day Hy-Vu Drive and Horizon Hill Road.  Click here to see the plat map for Hy-Vu.

When Joe Newman, Friend of the North Carolina Room and previous editor of the Montford Newsletter moved from Montford with his wife Wanda to Fenner Heights, he became curious about his new neighborhood. By talking with neighbors, researching Asheville City Directories, using newspapers.com (available in the North Carolina Room), and looking at Buncombe County deeds and property archives cards, he was able to discover the beginning of  “the prettiest subdivision yet offered” –Fenner Heights. The history is on file in the N.C. room and you can read the whole history here:

Curious about your neighborhood? Check in with the North Carolina Room to see what we have, and then dig in, to fill in the gaps. And we will archive it. And you will know more about the place where you live!